​Special thanks to Yoko Watanabe and Nobuisha Yoda for reviewing drafts of this article and for providing invaluable comments and feedback. Also, special thanks to the Japan America Society of Colorado (JASC)​ for supporting Tea with Tae in our efforts to bring authenticity to our products and cultural education to our customers.

Although the origin of the “bento” has not been clarified with 100% certainty, we do know that the “bento” was (and still is) an integral part of Japanese culinary history. The word "bento" (弁当) literally translates to "useful thing" or "convenient," but the word has a double-meaning that means "container (for meals)" or "lunch box,” i.e., a meal that can be carried outside of one’s home. 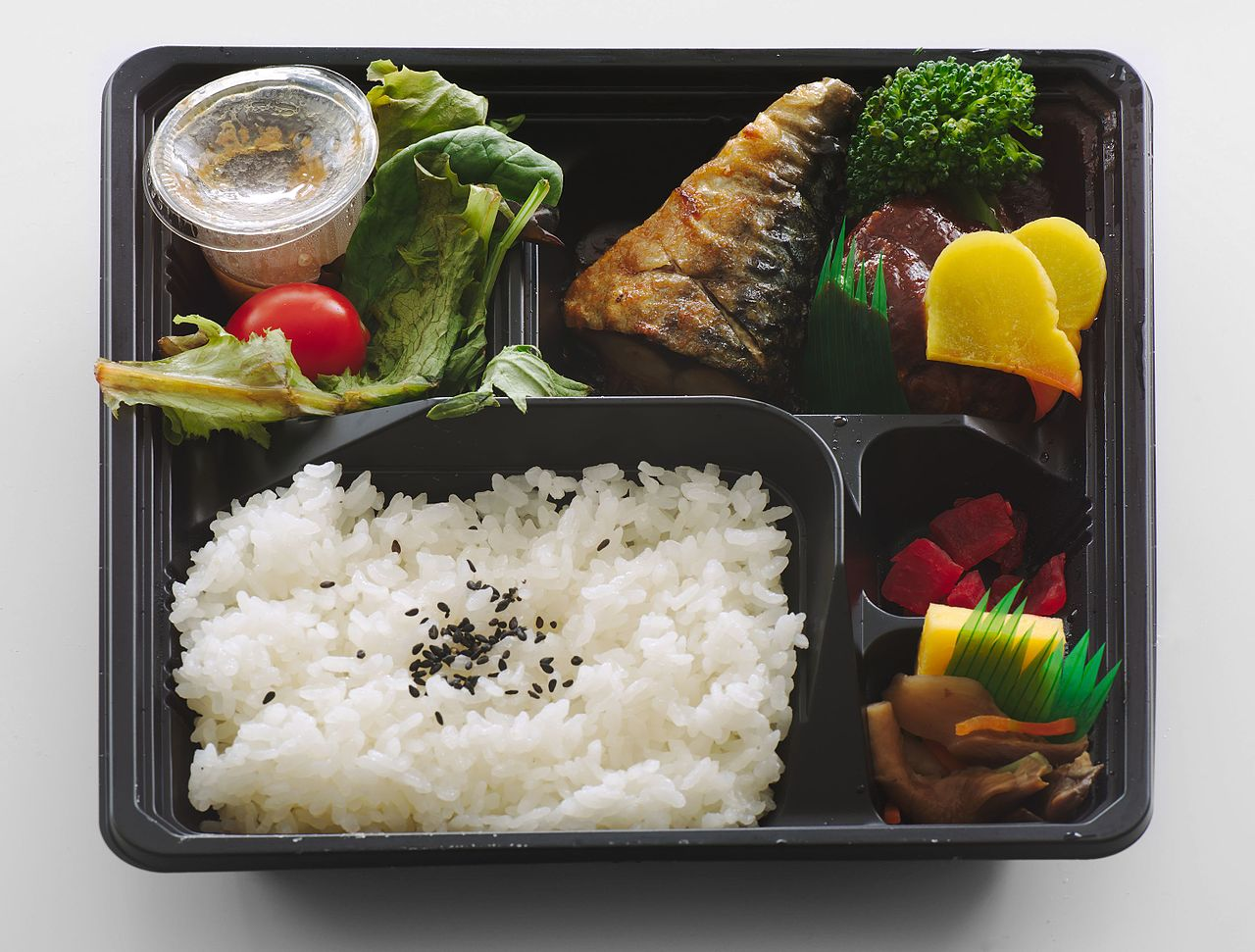 One of the first recorded uses of a bento-style box was during the Yayoi period (300 BC - 300 AD), where triangle-shaped carbonized rice, known as onigiri, was carried in a portable box. In the 12th century during the Kamakura period, Japanese workers began carrying cooked and dried rice called hoshi-ii (干し飯) to work in bento-style boxes with separate compartments. The workers were primarily humble farmers and fishermen. 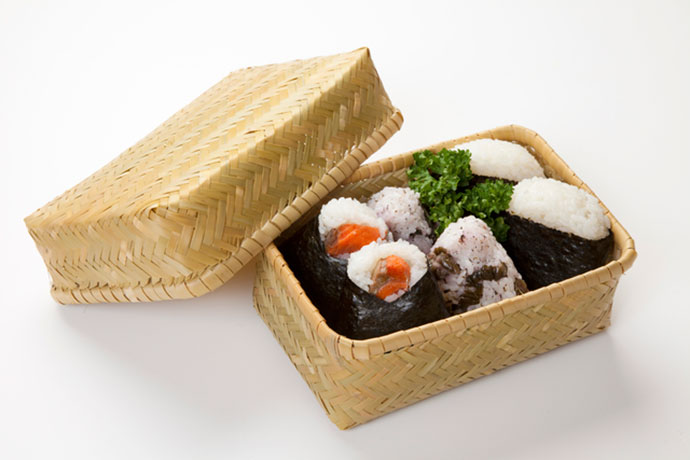 But it wasn’t until the 16th century that the term “bento” was coined. Some people say the word “bento” originated with the famous military commander Oda Nobunaga, who fed large numbers of people at his castle by preparing and dividing meals into a plate for each guest. The word “bento” was also defined in 1597 in the Setsuyō-shū (節用集), a popular Japanese dictionary. The popularity of the bento spread to high society during the 16th century and became more refined. The bento became a staple for outdoor events, tea parties, and hanami (the practice of viewing cherry blossoms when they are in full bloom). The type of bento during this period was known as the koshibento (腰弁当) or "waist bento" because travelers and sightseers would carry the bento on their waist. The bento usually consisted of onigiri wrapped with bamboo leaves.

In the 19th and 20th centuries during the Meiji period, the ekibento or ekiben (駅弁当) was invented. Ekiben literally translates to "train station bento." These bentos were sold at train stations to travelers and contained rice balls with pickled daikon  (Japanese yellow pickled radish). 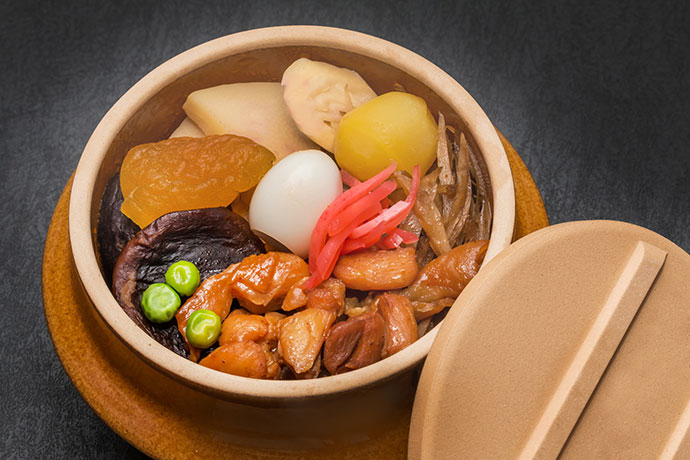 After the advent of the microwave in the 1980s and the proliferation of convenience stores, new styles of bentos were introduced. The traditional wood and metal boxes were replaced with less expensive plastic and microwave-safe materials. Today, numerous styles of bentos exist all across the world. In fact, the subreddit r/Bento dedicated to "creative bento art" has nearly 68,000 members. It is no secret that the bento covers a wide variety of styles. Here are some examples: 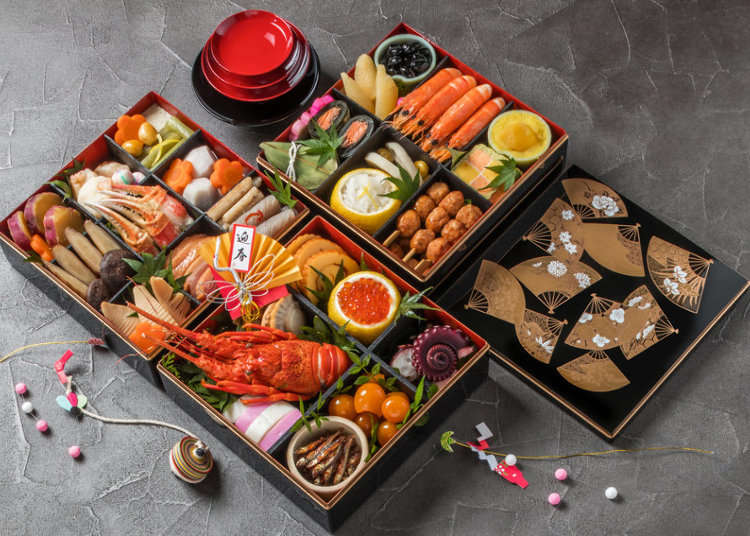 At Tea with Tae, our goal with the Tea Bento Box is to honor Japanese culture and to bring a sense of “omomuki” (趣き) (charm, grace, refinement) to the recipient. We want to transport the tea-drinker on an adventure that explores not only Japanese aesthetics, but also other cultures and traditions that are associated with the different geographic regions from where we source each unique tea blend. Our hope is that we can bring you a little slice of the world with every sip.

どうぞ、おたのしみください。 We hope you enjoy!

Coming To A Farmer's Market Near You

You can use this element to add a quote, content...

My daughter tried it at the Denver Christmas market and now we have to order more since we are from out of town! It is the little things in life that can make us so happy. Thank you for sharing your passion with us!

So, so YUMMY! its tastes like a warm caramel candy bar! I can't believe it's tea!

This has real whole leaves, is perfectly balanced and super delicious!

This tea is my hubby's favorite tea! Every evening he loves his cup of Calming! It has the perfect blend of herbs, and a delicious taste!

This is possibly the best oolong I have ever had. The fruit and the tea are so well balanced that it is a joy to drink. I will definitely pick up more of this one.